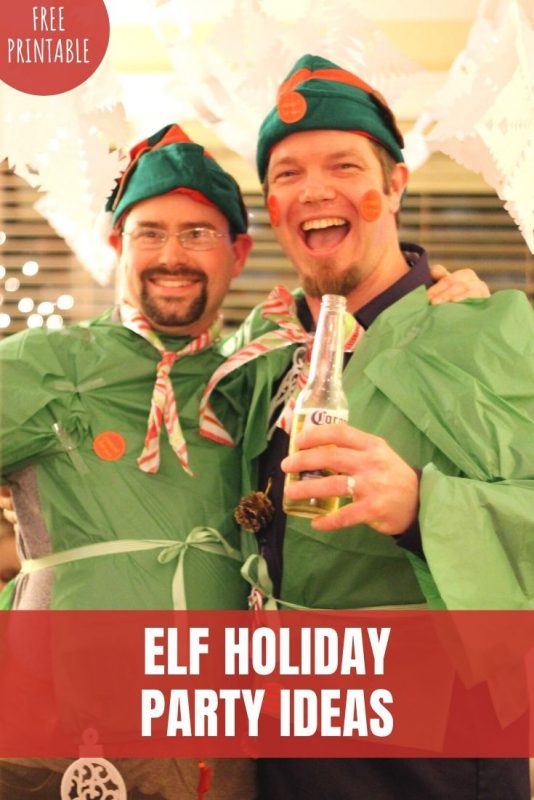 We love these Elf holiday party ideas with printable games and activities. They are perfect to use at your next Christmas party or event.

Every year I throw a Christmas party for friends and family.  It is always a fun, festive time complete with minute to win it style games, appetizers and a signature drink. 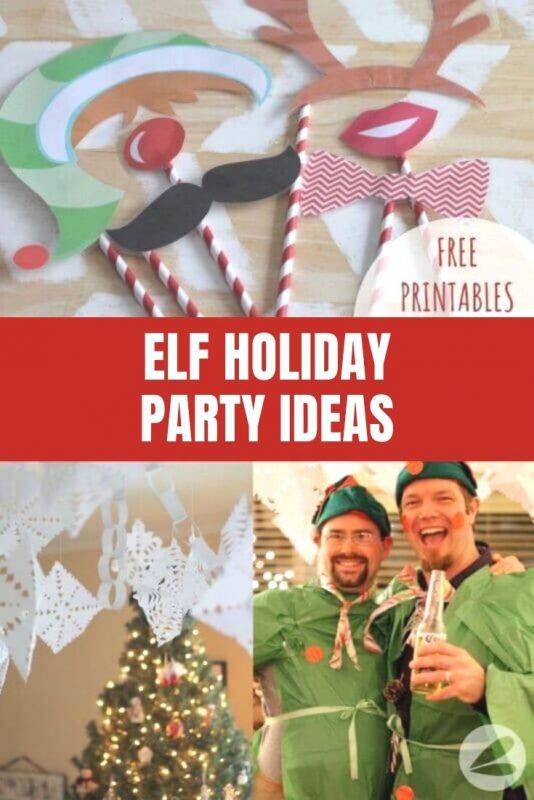 Last year I decided to take it a step further and created a completely Elf themed party.  We love Buddy the Elf around here so I thought that I would share some of our Elf Holiday Party Ideas because they were a huge hit!  I have a couple of free printables for you to (scroll down).

Some of our Elf party essentials: 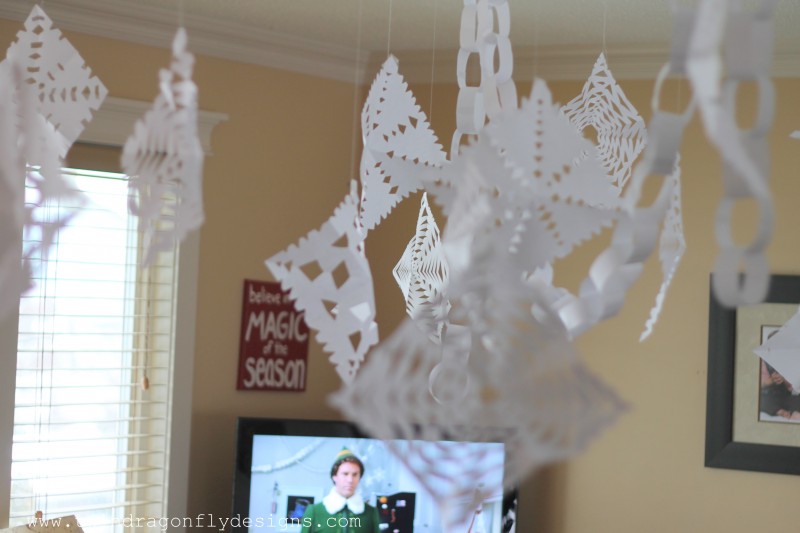 How to throw an Elf inspired holiday party:

First, we began by watching the movie Elf on Netflix and embracing Buddy’s affinity for elf culture.  The boys and I made snowflakes and paper chains to hang from the ceiling to recreate the look of Gimble’s Department Store from the movie.  This decor was fabulous because it totally looked festive but cost next to nothing to create! 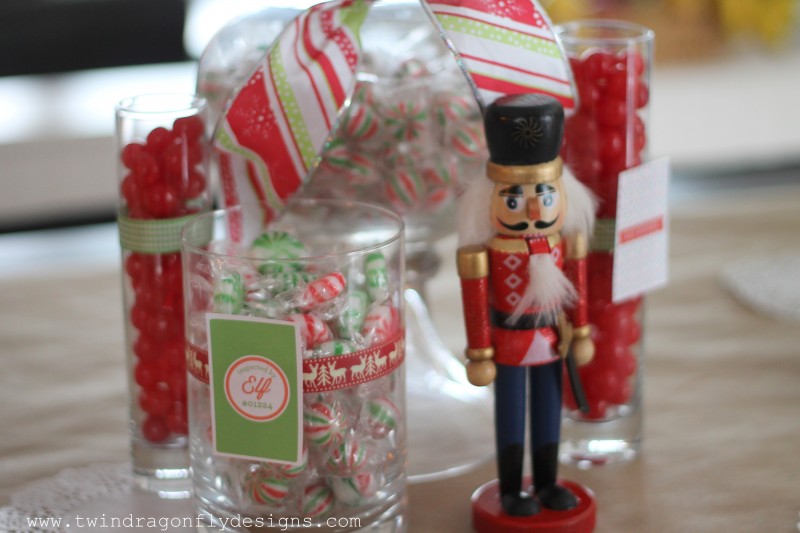 Secondly, I set up an appetizer station on our kitchen island with a few treats from Santa’s workshop.  Ours is an appetizer party where guests each bring an appy to share. I made this Four Ingredient Baked Spinach Dip Recipe because it’s one of our absolute favorties! 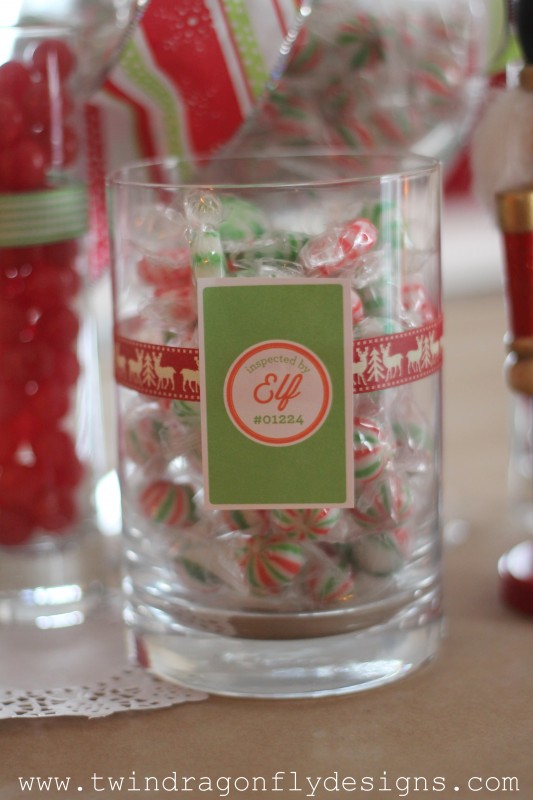 I simply transformed a few glass vases with ribbon, washi tape and a couple of free printables. 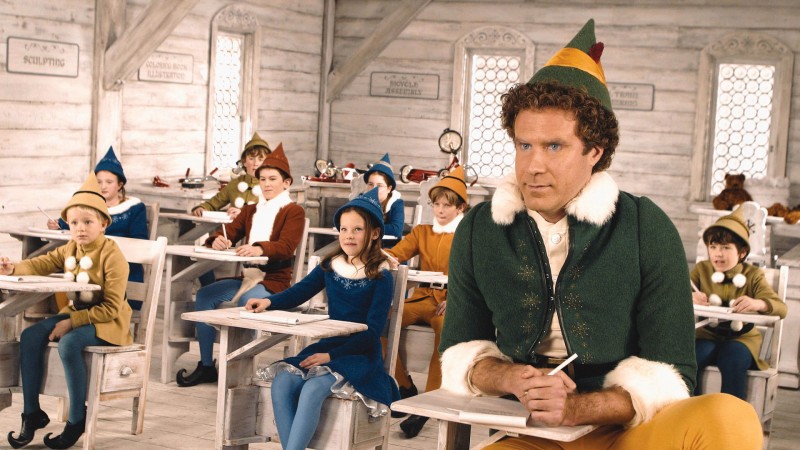 Finally it was time to watch Elf again and come up with a few games and trivia questions.  I think that we watched it no fewer than three times and I can safely say that I am now an Elf trivia expert! *wink*

How the games worked:

I split our friends into two groups and coordinated games as the night went on. Here are the games that we played during our party!  Just save the below image to your computer to print off for your own use.  Who doesn’t love a free printable?! These elf holiday party ideas are brilliant and as a result we always have a great time! 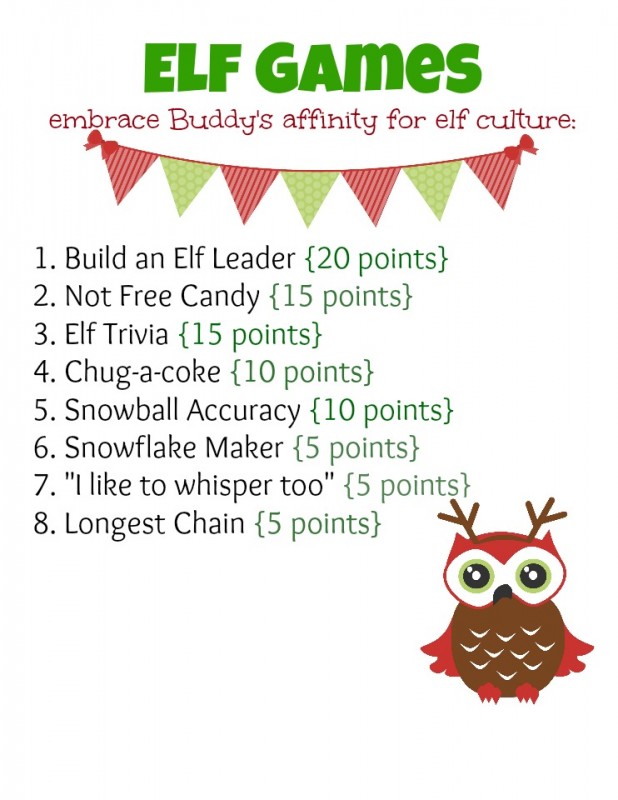 1. Build an Elf Leader – each team was given a variety of supplies to “dress up” one of their fellow team mates to look like Buddy (check out the last photo in this post).  The best Elf won their team 20 points.

2. Not Free Candy – for this game I had prepared two paper plates  with eight different types of gum on them.  Each kind of gum was “pre chewed” and labelled with a number.  Without tasting or eating the gum (ew) each team had to guess what the different brands and flavours were (be sure to follow on Instagram for a photo of this game – EPIC!).  The team with the most correct guesses got 15 points.

3. Elf Trivia – without using the internet! Teams were asked to answer our Elf Trivia (free printable below) to the best of their knowledge.  15 points.

4. Chug-a-coke – teams sent forward one volunteer who felt that they could chug a bottle of Coke the fastest.  10 points can be awarded to the winning team.

5. Snowball Accuracy – each member of the team was given a cotton ball attached to a ribbon.  Vaseline was smeared on their noses and they were told to grasp the end of the ribbon in their mouth.  Participants then needed to have the snowball land and stick on their nose.  The first team to have all of their players do this won 10 points (see first image in this post).

6. Snowflake Maker Activity – one nominee from each team was given too-small gloves, scissors (preferably dull) and a piece of paper.  They had two minutes to put on the gloves and create the most beautiful snowflake.  The winner earned 5 points for their team.

7. “I Like To Whisper Too” Game – just like the game of telephone, each team was given a phrase that one person had to whisper to the next, who whispered it to the next and so on.  The team that ended up with a phrase closest to the original won 5 points.

8. Longest Chain Activity – teams were given paper, scissors and tape/glue.  They were asked to make the longest paper chain possible in five minutes.  The winning team earned 5 points.

We were having far too much fun to actually keep track of point so each team took home a fabulous prize! 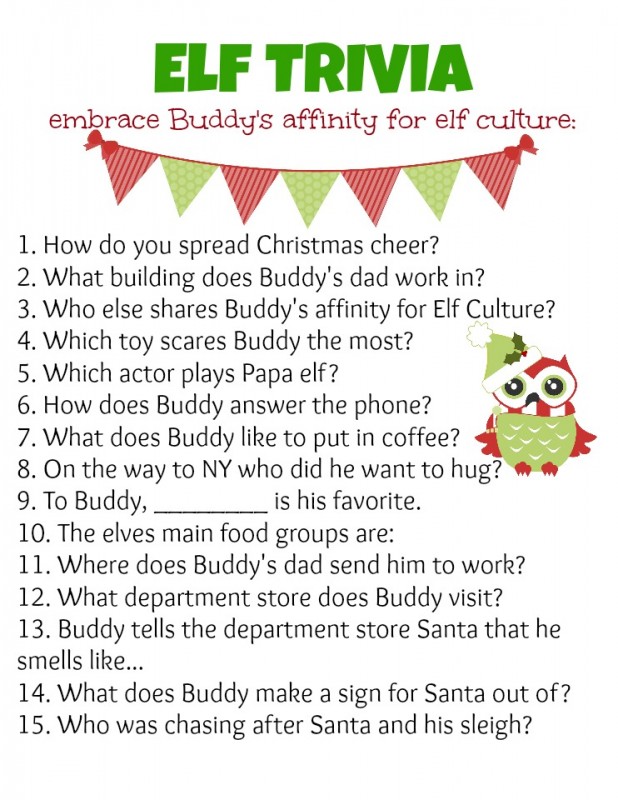 You won’t find any of the answers here, go and watch Elf one or four dozen times hee hee! 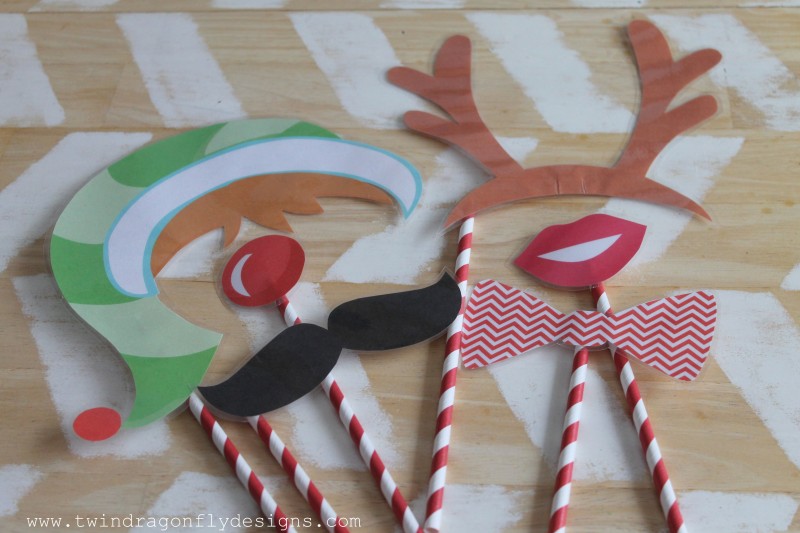 I printed out and laminated some cute Elf-like photo props for party goers to have fun with.  I simply attached each feature to a straw using my hot glue gun. 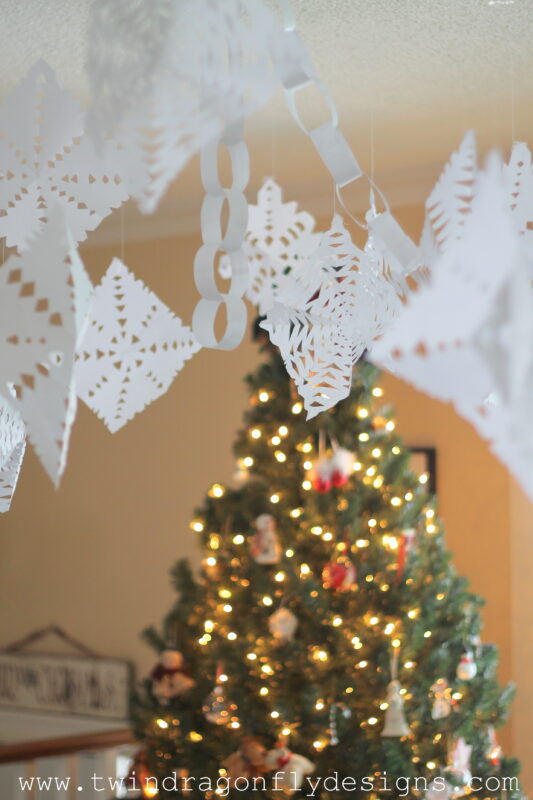 Truly the biggest impact were all of the snowflakes and paper chains hanging all over the house! 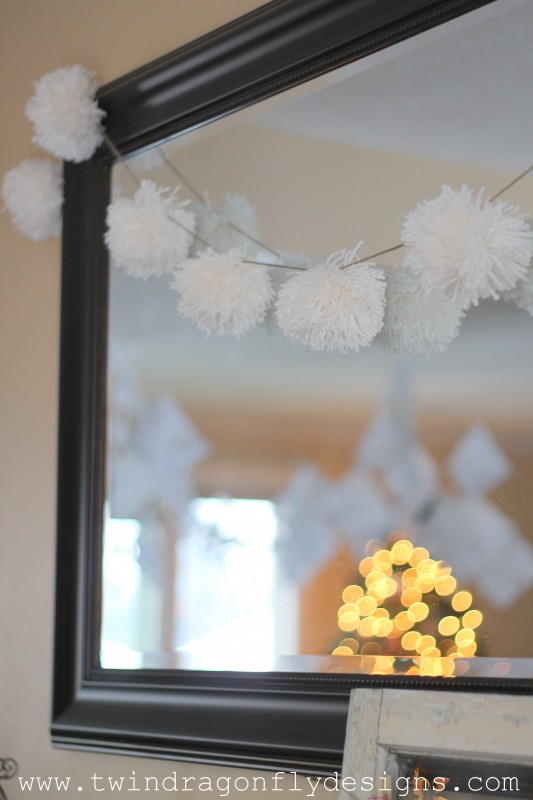 I used yarn snowball garland to accentuate any other home decor accent that was not Elf-ified enough. 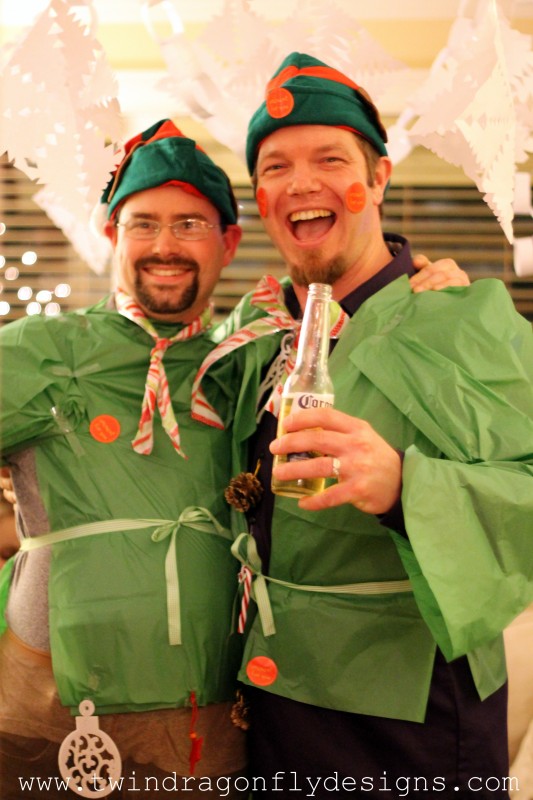 And finally here were our Elf nominees from last year.   We had so much fun *obviously*.  I hope that these Elf holiday party ideas inspire you to throw your own Elf Party this year! 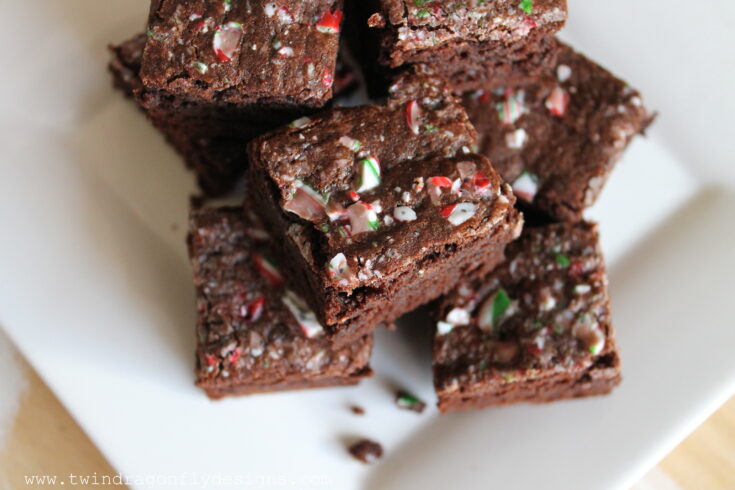 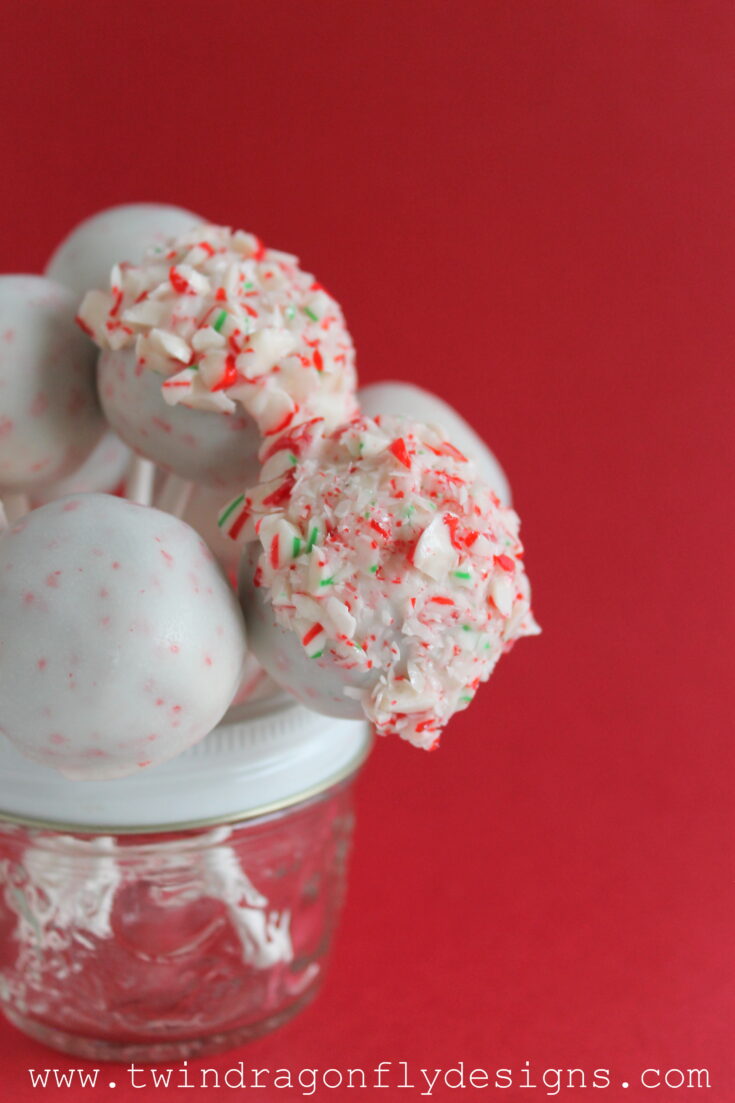 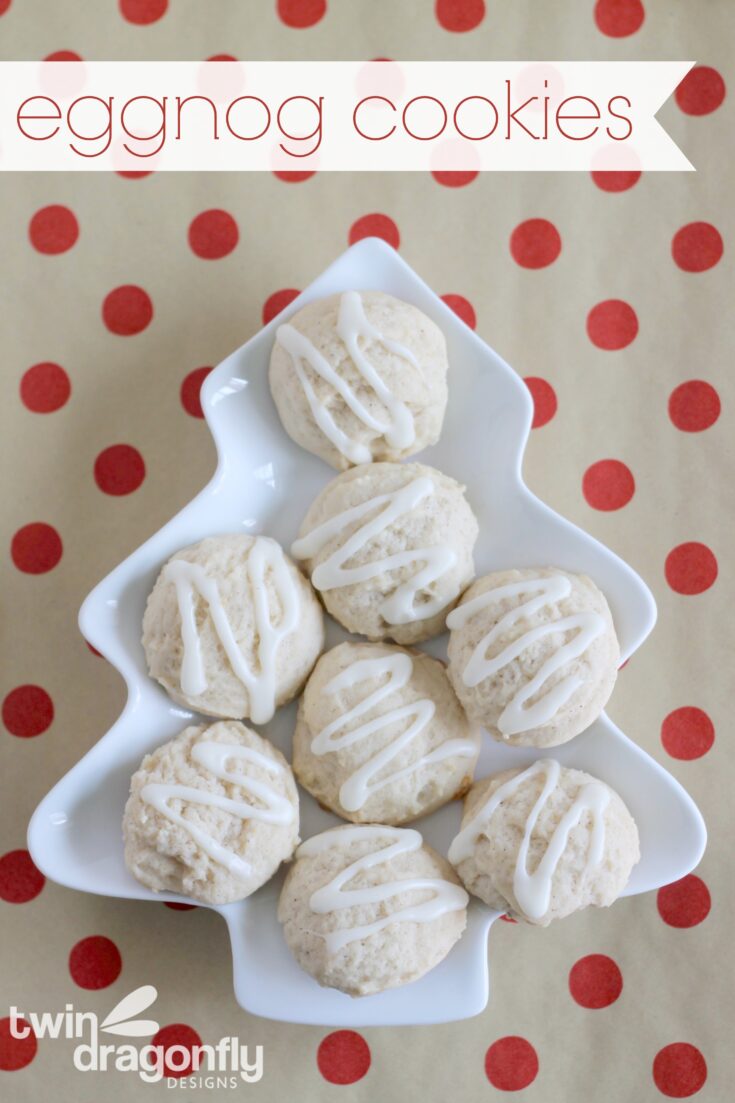 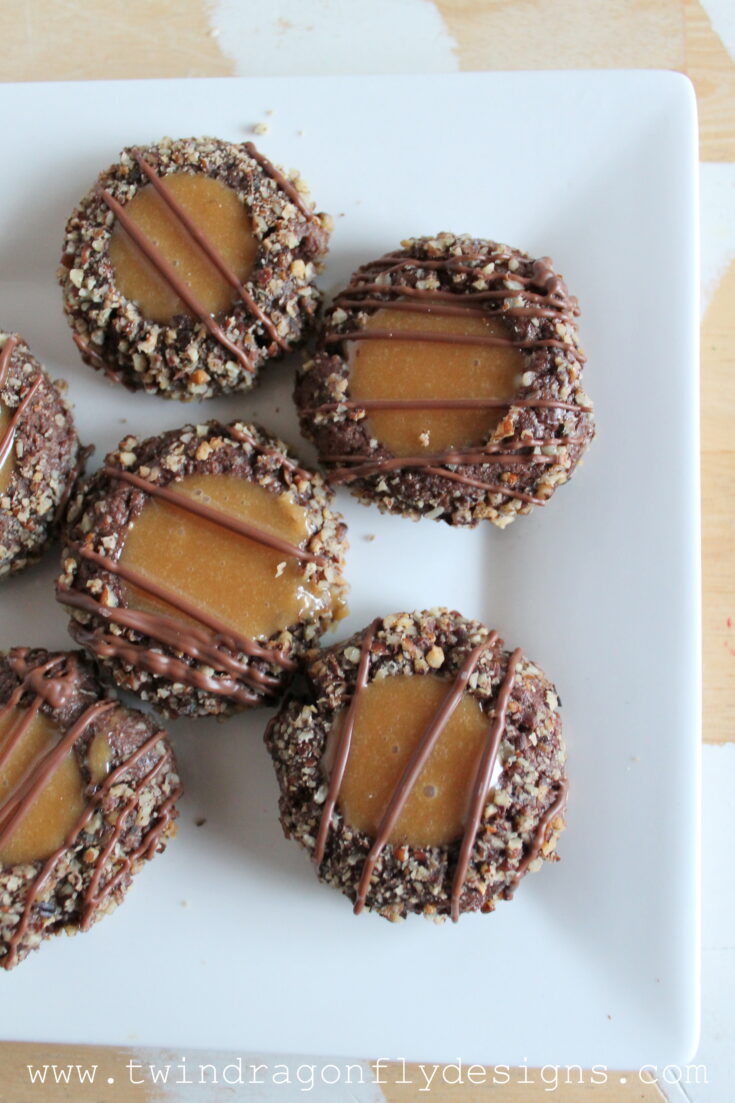 Salted Caramel Turtle Cookies and a New Year with Netflix 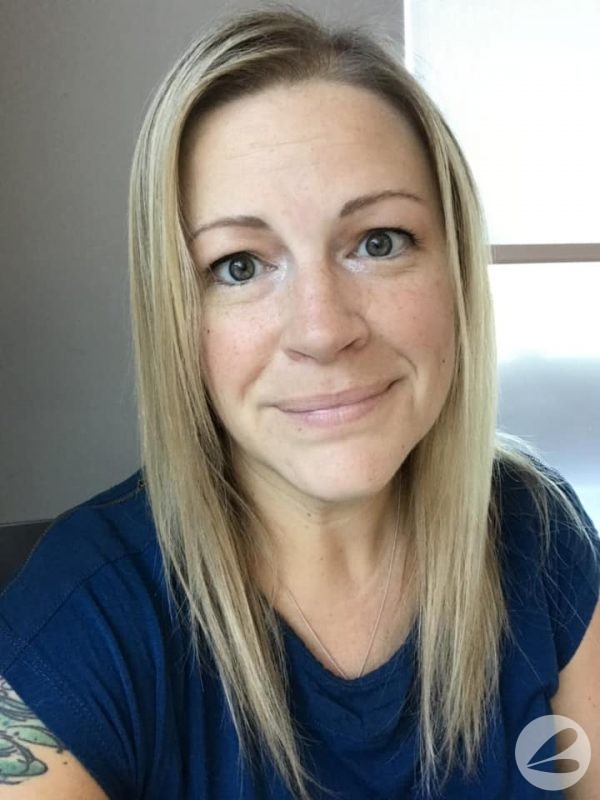